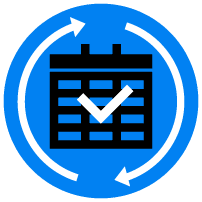 Some information on the term taxi

According to most dictionaries informing about the origin of a term, the word taxi comes from a phonetic modification (abbreviation) of the word “Taximeter”, a device allowing to measure both the time and the distance of a journey. in order to calculate the amount owed by the passenger (also called an hour meter).

Moreover, if one looks for information on the word “taxi” in the dictionary, one often finds there “abbreviation of taximeter”. By naming something with a term referring to another, often in an attempt to shorten it and evoke a more common concept, we have come to use the word “taxi” in a common way.

Generally speaking, this word is understood in the sense that it is available to the public for a fee, meaning that one must pay it in order to benefit from it. An idea that takes on its full meaning when we take into account its probable Latin origin; “Taxare”, or even Greek; “Taxis” (setting a tax).

The fact of making vehicles available to the public is a principle which is not new, since it appears since Antiquity. We can then wonder how the drivers proceeded at the time since hourly meters as we know them did not exist.

Somewhere, they already existed, in another form. The cart drivers used mechanisms releasing small balls at regular intervals of time. At the end of the journey, the passenger paid an amount calculated according to the number of balls released by the device.

It was much later that electronic taximeters were invented, making it possible, for example, to print receipts for the passenger, to check the route of a vehicle or to invoice an amount according to the time of day. The installed device works very well, but unfortunately the way it is used is not always very legal or fair to the passenger. Take the example of a traveler who finds himself in an unknown city. It is impossible for him to know whether the kilometers traveled are justified or not, which, through the ages, has led to all kinds of fraud on the part of taxi drivers equipped with a taximeter. In addition to this possibility, traffic in large cities is likely to increase the price charged considerably, sometimes going as far as tripling the base price, much to the passenger's surprise.

How does Taxi Limo work?

To prevent our customers from suffering the impact of three hours of traffic jams in the center of Brussels (for a usual trip of thirty minutes) on the amount of the trip, our Taxi Limousine company has decided to rely on a system of packages. In any case and before any race, you know exactly the amount you are going to pay at the point of arrival. We specify any supplement clearly on our home page, all our communication media or any request for information by e-mail or telephone.

If you have any questions, do not hesitate to contact us via the following buttons: